Turkey did not have a punk scene when other countries were writing their own history around 1980s. “I don’t want a punk generation” were the words of Kenan Evren who started the 1980’s Coup D’etat and traumatized every Turkish citizen. It was a period of time when soldiers would enter your house without your permission, to search your library whether you own books related to politics. Many artists or intellectuals continued their life in other places like Europe or America to carry on their work. People started to burn their music records and books so that they would not be arrested by the soldiers. Therefore listening to songs about anarchy would be the last thing a civilian would like to do in Turkey. Thus, Turkey didn’t have a solid punk generation in 1980s when it was booming in other parts of the world.
続きを読む → 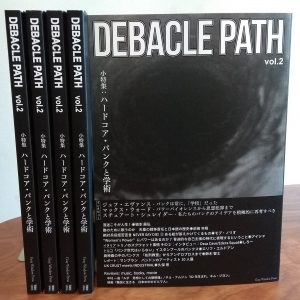 Debacle Path vol.2 is on sale on April 23!
For orders from outside of Japan, please contact us from “contact” in the menu.
If you want to distro this magazine, get in touch! 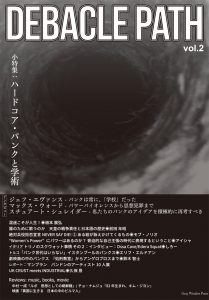