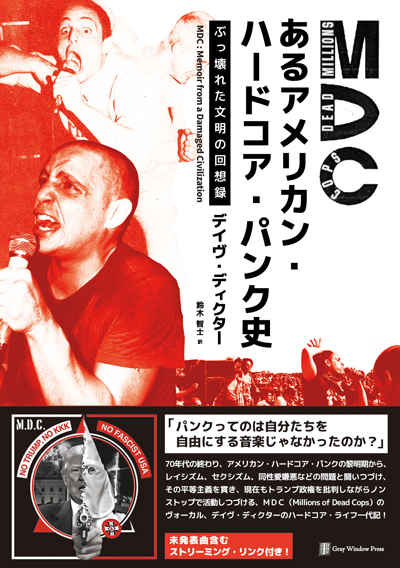 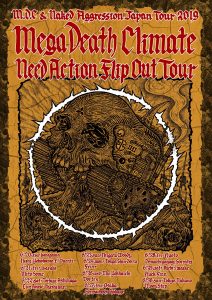 The Bikini Kill Reunion and Punk Nostalgia
By A.K. Acosta

In January 2019, the legendary riot grrrl band Bikini Kill announced their reunion. It was only three shows, two in New York City and one in Los Angeles. Tickets were almost impossible to purchase. It seems that bots had purchased many of the tickets and immediately posted them on resale sites for hundreds of dollars. After a few days, Bikini Kill apologized for the situation and announced more shows, all of which also sold out, but at least most of the tickets were sold to people and not capitalist robots.

For many Bikini Kill fans, it was a reminder that the band is no longer an underground punk secret, but actually pretty famous. Like many legendary bands, they became progressively more famous after they broke up. The band was a figurehead of the punk feminist movement riot grrrl, which received mainstream media attention in the early 1990s. Their last album was released in 1996. Kathleen Hanna’s next band, Le Tigre, was a popular indie band in the early 2000s. (Le Tigre briefly reunited in 2016 to make a video in support of Hillary Clinton and her pantsuits, but the less said about that the better.)
続きを読む →

Now Debacle Path vol.1 is available at independent record stores, infoshops and bookstores. Check here for stores nearby.
And distros who want to sell this zine, please get in touch!

Here is the original interview text with Pete Boyce, the original singer of Antisect which was done in around May 2018.
An article based on this interview (“A short history of Antisect: Past Antisect, Current Antisect” by Satoshi Suzuki) appears in Debacle Path vol.1 (in Japanese language) and here I post the interview instead of the article.

First, I would like to hear some stories of how Antisect started back in the days in early 80’s and about the band in that period of the time.
How was the band originally formed? What kind of life you and people around you had spent? What were the motivations to keep the band active? Did you do/organize some actions or events in the time of Margaret Thatcher?

Pete Boyce: Antisect began in 1982 after Polly and Pete Lyons asked me if I was interested in starting a band. We started as we were young, unemployed and basically had nothing else to do.
The lineup:
Pete Lippy Lyons – Guitar
Pete Polly Paluskiewicz – Drums
Wink – Bass
Pete Boyce – Vox
Later members would include Tom Lowe, John Bryson and Lawrence Windle on bass. Rich Hill and Caroline Wallis on Vox, who both appeared on In darkness. Tim Andrews joined on vocals during 86-87.
We grew up in Daventry, Northants apart from Wink was from Long Buckby Wharfe, a nearby village. We were all into punk and influenced by The Ruts, The Damned, SLF, Crass, Magazine, Motorhead etc.
We worked hard as a band and the motivation was there, none of us were interested in money, (we had none!) and barely scraped enough cash to pay for petrol to get to the next gig or even home sometimes. Most of the gigs we did around this time were benefits and we were all happy with that.
I think the band was a saviour for me from a life of crime. I’d already spent time at a detention centre for an encounter Id had with the Police in 1980 and promised myself I would never be imprisoned again. Life in the UK was hard in the early 80’s with high unemployment, the Cold War, the mines closing and Thatcher. The music scene however was pretty good with so many great bands around. In 1977 I was only 11 years old so I missed the real early start. I didn’t really get into punk until 1979 after seeing UK Subs on Another Kind of Blues Tour. Blew me away. Good old Charlie still out there doing it.

You left the band after the release of “In Darkenss…” album. According to the interview with Lippy in the book “The Day the Country Died” written by Ian Grasper, Lippy mentioned you said you are going to quit the band in the morning right before an UK tour starts. (In this interview I found that Lippy somehow tried to deny the band at that period or the band’s believes though…)
Please tell me some stories around that time when you were going to quit the band.
続きを読む →

[Philippines] “Stories behind the Autonomous Initiatives against War on Drugs”
By: Chung Bandido

In early 2016, the hype on presidential election was inevitable. Different parties, political personalities and celebrity are like gamblers playing for the seats in the government position. They put millions of pesos for political advertisement, to bribe communities, finding allies, playing that they care, buy air-time on media outlets and so on. Every day from January to May 2016 the news and stories are about election and politicians, most of the people are excited specially the ones who are working with the politician during his/her campaign and also for the people who will have a chance to work temporarily on election dates. The presidential race at that time composed of famous political clan and members of an oligarch families who also benefits in political dynasty like the Binay, the Roxas, and Duterte. The stunning one here and get a lot of support is Duterte from PDP-Laban Party and coming from the south Davao City Mindanao. A long-time mayor serving seven terms for the total of 22 years governing the fourth largest cities in the Philippines, the Davao City. The May 2016 election was a chance for the people from the south to be represented in the national political arena and through election 16 million voters favorably give way to Duterte regime. A man known to have a Davao Death Squad who made systematic practice of extrajudicial killings of drug users and other criminals committing petty crime from 1998 to 2016. Despite of this, millions of people supported him echoing the regional pride of being Bisaya that we’re before experienced different way of discrimination and miss-representation. I believe that this is one of the main factor why Duterte won, he got the sentiment of the marginalized region in the Philippines. Maybe this is also the reason why the mainstream authoritarian-left supported him in his campaign and somehow compromise themselves to be part of his government. 続きを読む →